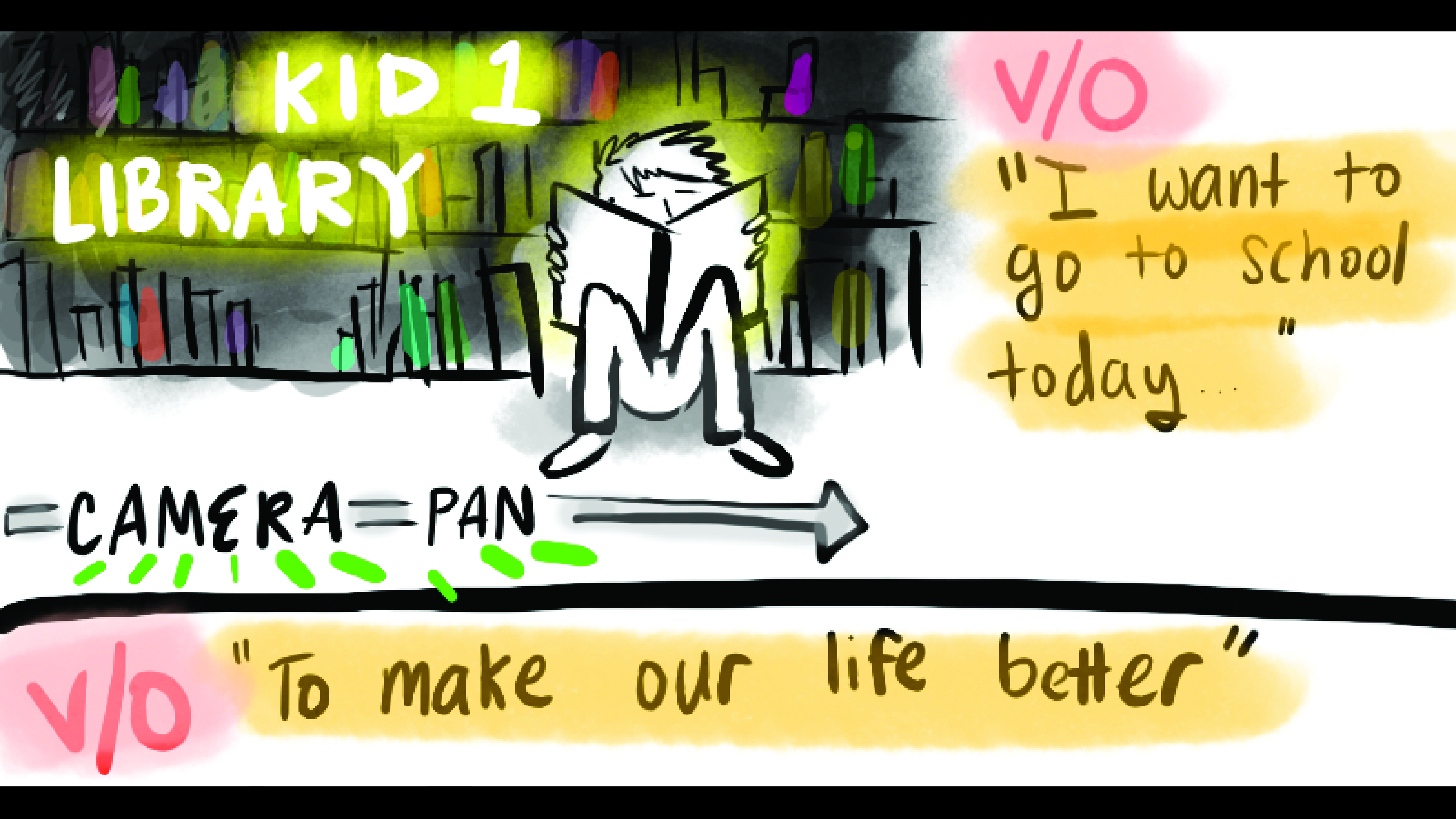 We were hired to create a :30 PSA to promote school attendance. Here’s our production process for projects like this, from conception to final product.

Our client’s community had a problem. Many parents in their area weren’t sending their kids to school enough, so the children were falling behind.

We start every project by working with our client to define a clear goal. We do this by asking, and making our client answer, a simple but difficult question: “What does success look like?”

Answering this question will define your goal. It is so important that we wrote a whole post on the subject.

Success, in this case, meant a heartfelt PSA that would move parents to send their kids to school more often. As we thought and talked, we wondered what would be the best way to reach these parents.

We thought citing statistics about school attendance and student success wouldn’t work. That wouldn’t sink in with this type of parent. We also knew threats wouldn’t do the job (send your kids to school or else!).

We wanted to touch their hearts. We thought the best way to do that was through the voices of their children speaking directly to their parents, asking to go to school.

Once we had that vision we were ready to write the script.

Here is the actual script for the PSA. You’ll see we used the voices of three children speaking directly to their parents. There is only one adult voice in the whole piece, and she says one short sentence.

Once the script was approved, we brought the words to life with storyboard illustrations.

Storyboards are not only cool, they are extremely useful. If you’ve been in video production very long, you know that most people (including clients) can’t visualize very well. Their brains can’t read the words of your script and see the images in their head like you can.

That’s where storyboards save the day. By drawing out the script step by step, you can show your client what the video will look like without too much time and effort.

These are the storyboards Courtney drew up for this project, based on the script.

See how they take the script to the next level? You’ll also notice that we had some holes in our scenes. Storyboards let you identify and talk through those gaps so you don’t go to a shoot half cocked.

Another tip: DO NOT make your draft video the first visual your client sees. What if she doesn’t like it and wants to scrap the idea? You’ve wasted thousands of dollars worth of time shooting something that will be trashed.

Storyboards let you talk over the visuals with your client while keeping costs down.

Once we had a goal, a script, and storyboards, we did out shoot and production.

Watch the video and for the culmination of the whole process.

The client loved it, the video reached its goal, and we were brought back for more work. Win-win-win.

Don’t get too married to your script and storyboards. Always allow room for serendipity on the shoot. Those spontaneous shots you didn’t expect usually end up being the best.

My favorite in this piece is the kid on the monkey bars at :15. 🙂

0 0
No Comments
I Just Finished A 12 Hour Day And Now I’m Writing a Blog Post. Why?
New Business Owners: Give Yourself 5 Years